So, what’s the secret to Bayern Munich’s success? Sitting on the fence, of course

Pep Guardiola has certainly stamped his personality on Bayern Munich since taking over as manager last summer… and that includes the club’s training regime.

The German giants are in Doha ahead of the Bundesliga’s return and have been spotted engaging in some strange workouts.

Franck Ribery, Mario Mandzukic, Thomas Muller and Co have been put through their paces at the Aspire Academy for Sports Excellence, mixing up traditional training with some unconventional techniques.

VIDEO Scroll down to watch Wimbledon champion Andy Murry using similar technique Fenced off: Bayern’s stars stretch while attached to the perimeter of the training facility in Doha. 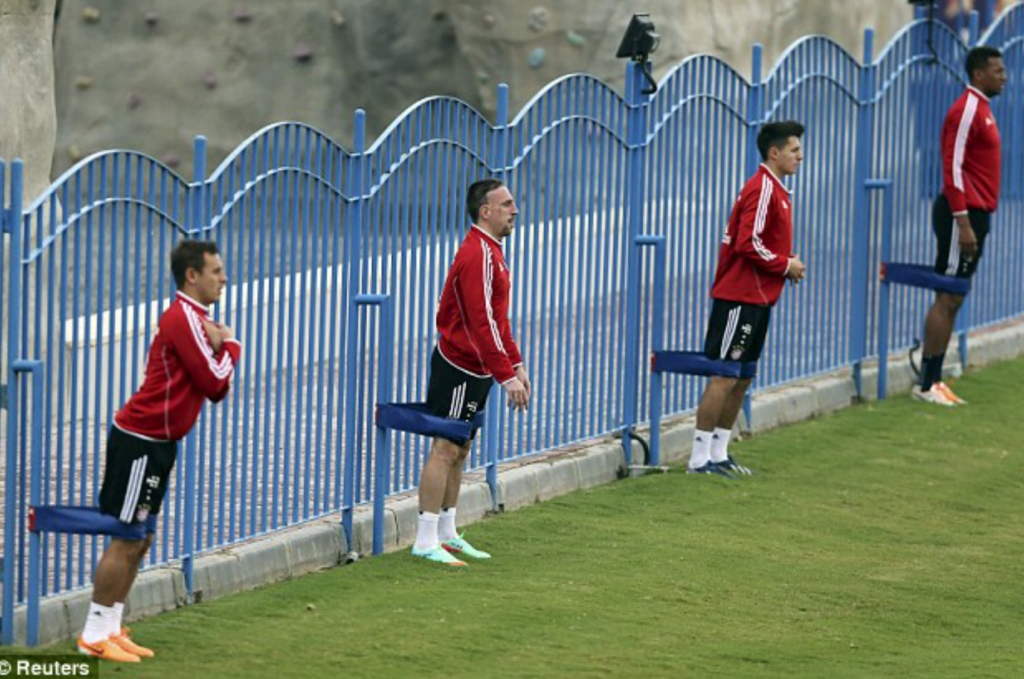 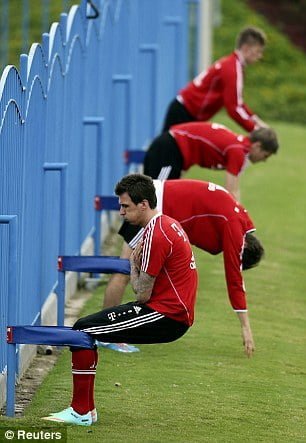 Winter warmer: Stretching and holding hands are part of the Germans training regime

Bayern return to Bundesliga action on January 24 against Borussia Monchengladbach, followed five days later by a clash with Stuttgart as the club continue their bid to retain the league crown.

Guardiola’s side sit atop the table, seven points clear of their closest rivals Bayer Leverkusen having played one game fewer.

And while there is plenty still to play for this season, the club are already planning for the next campaign after completing the signing of Robert Lewandowski from Bundesliga rivals Borussia Dortmund.

Lewandowski says he will give his all for Dortmund before switching to Bayern at the end of the season.

Follow me, boys! Guardiola leads his team in training as they plan their return to the Bundesliga   Run it off: Arjen Robben and Bastian Schweinsteiger take a jog around one of the training pitches 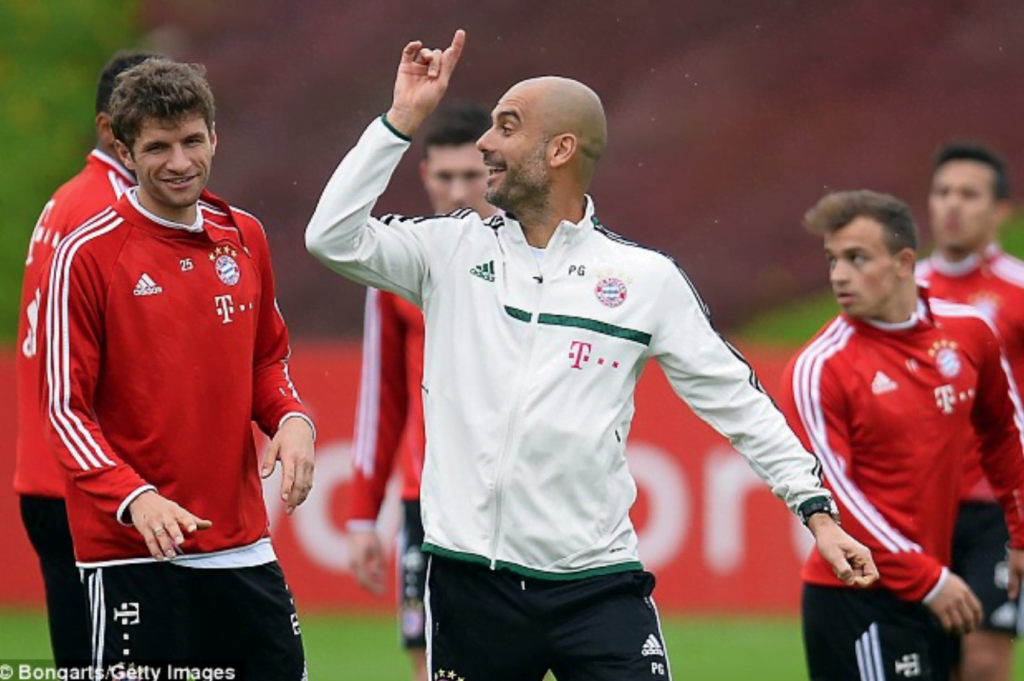 Man of the moment: Bayern keeper Manuel Neuer leaps to his right to stop a shot 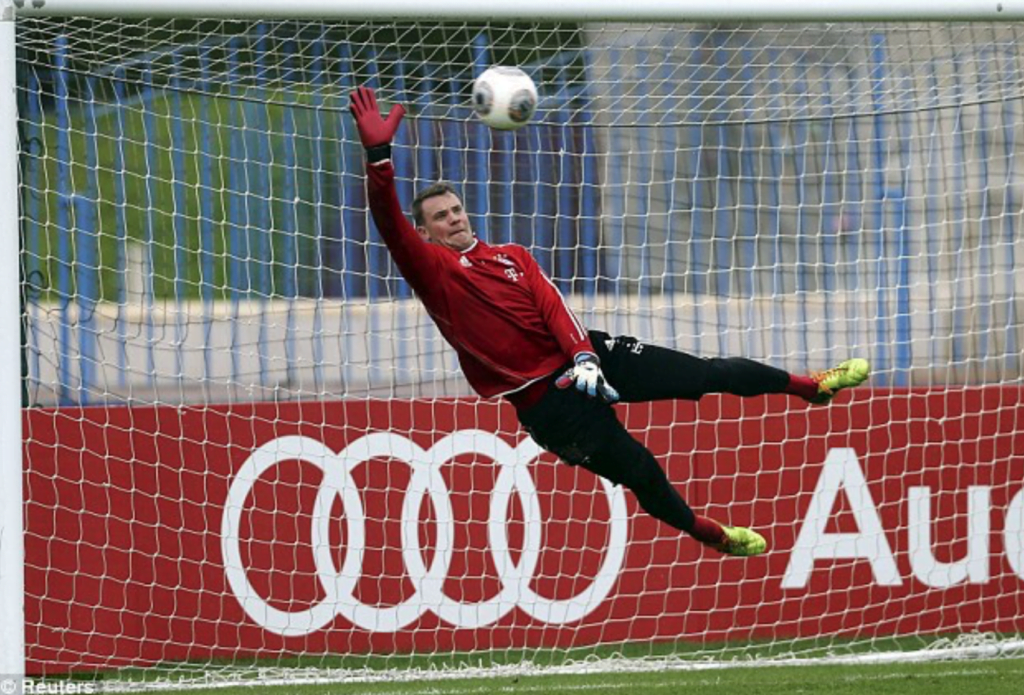 Lewandowski, who signed a five-year deal with Bayern on Saturday, told Dortmund fans on the club website: ‘We still have half a year ahead of us in which we have certain targets that we want to achieve together.

‘Even if there are a few fans among you that don’t agree with my decision, I hope for your support!’

The 25-year-old added: ‘In any case, I will give everything for Borussia Dortmund! Your Robert Lewandowski.’

Lewandowski joined Dortmund in 2010, was free to join Bayern at the end of the season after declining to extend his existing contract.

Taking a touch: Mario Gotze takes control as Guardiola barks out the orders 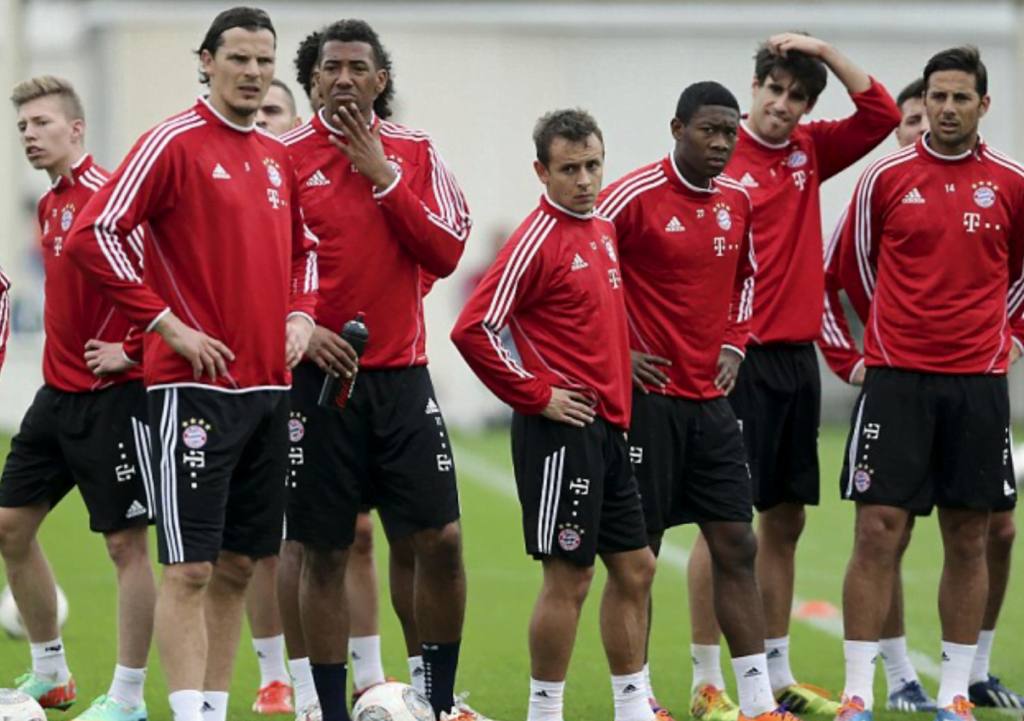